‘The sun always shines on TV’*… and in La Rochelle!

La Rochelle, with its 1,005 hours of sunshine (from 1st January to 2nd June), ranks 7th amongst the sunniest French cities and is 1st amongst non-Mediterranean cities.

LA ROCHELLE IS SYNONOMOUS WITH SUNSHINE

Let’s stop the myths! Who said that the south has the monopoly on sunshine?

Our delightful city clearly has so much going for it… and a little bit of ‘local patriotism’ doesn’t hurt, especially when it comes to highlighting our beautiful Charente coastline.

La Rochelle has been named the sunniest city in France with the exception of the Mediterranean region. That’s all there is to it! And let’s face it, we are proud to have overtaken both Nice and Marseille!

On 3rd June 2021, Météo France published its ranking of the sunniest cities in France, with La Rochelle being the 7th sunniest French city and the No.1 sunniest non-Mediterranean city, with no less than 1,005 hours of sunshine between January and June 2021, successfully overtaking Nice and Marseille. 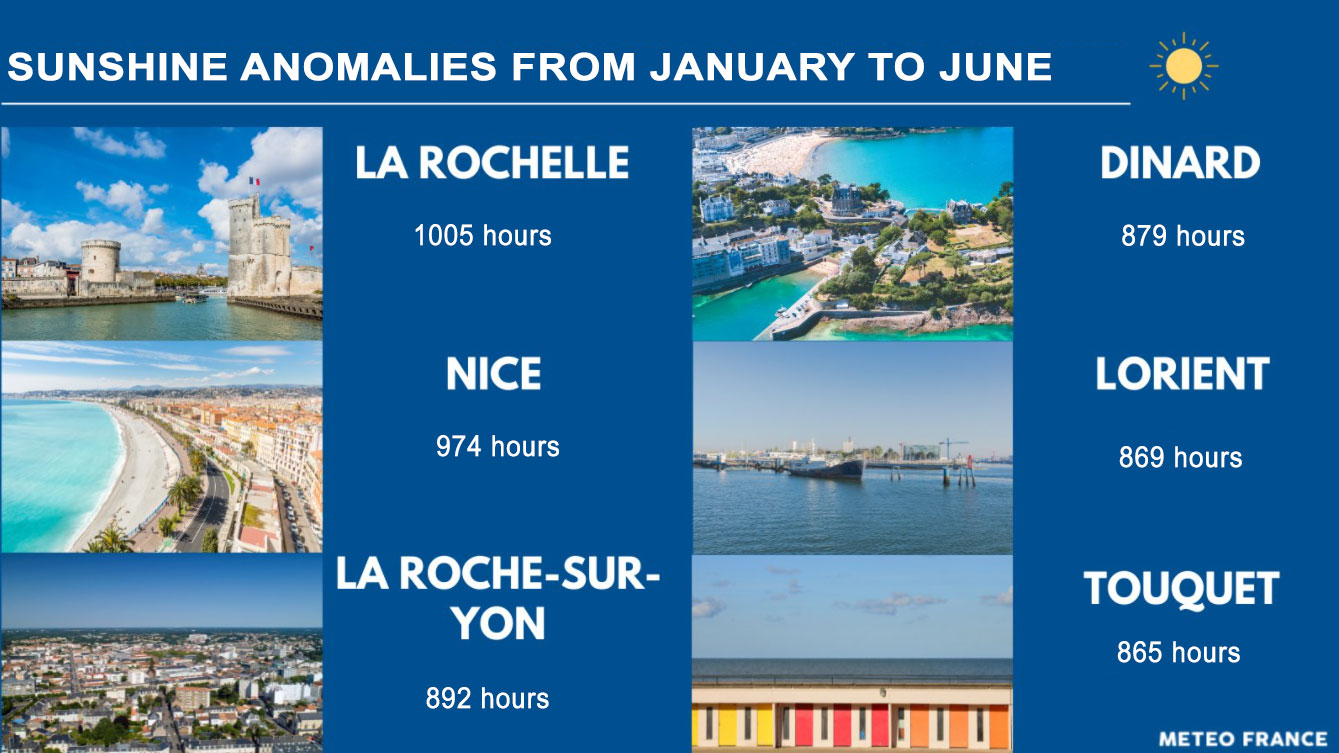 LA ROCHELLE AND ITS MICROCLIMATE

La Rochelle’s geographical position provides it with a favourable microclimate known as a temperate oceanic climate.

This means that the city benefits from regular effects of the Azores anticyclone and the influence of the Gulf Stream, an oceanic surface current that originates from between Florida and the Bahamas and is diluted in the Atlantic Ocean around the longitude of Greenland. This combination results in a large amount of sunshine compared to many other regions.

Bordered by the Atlantic Ocean, in close proximity to three islands (Île de Ré, Île d'Oléron and Île d'Aix) and within the triangle of the three major cities of Nantes, Paris and Bordeaux, La Rochelle offers a wealth of tourist attractions and economic opportunities. It’s also a city where life is good, as testified by local residents who describe it as “green and peaceful”. Indeed, La Rochelle and the whole of Charente-Maritime are very conscious of their environmental footprint.

It’s certainly a tourist city, but it’s also a dynamic one, all year round, thanks to some 10,000 students in the schools and universities in the Minimes area, where Excelia is located and whose campus accounts for almost half of these students!

La Rochelle combined with a major business school… a winning formula for a successful student life!

Find out more about our La Rochelle Campus

Select your criteria to update the list of study programmes: