France is the world's 4th most popular destination for international students, and its higher education programmes continue to attract more and more students. Choose to study at Excelia and in France... the perfect combination for success!

France is the leading non-English-speaking host country for foreign students and the fourth most popular host country for student mobility. Every year, France welcomes more than 300,000 international students to its Grandes Ecoles (major Business Schools) and universities. Its popularity is due, among other things, to the excellence of its higher education and research, which is widely recognised throughout the world, and evidenced by the many Grandes Ecoles and universities that feature in the most prestigious international rankings: Financial Times, QS, MOCI, The Economist… rankings that honour Excelia every year!

The quality of higher education in France has been achieved through a longstanding determined policy on education, meaning that France offers students one of the best higher education systems in the world.

It's no surprise that France remains the most visited country in the world! Its history, its heritage (with some 40 landmarks on the UNESCO list of World Heritage Sites), its cultural treasures and its culinary delights, not to mention its unique art of living, all make it a popular and prized destination. France is the world’s leading destination for business tourism and international trade fairs, and is home to Disneyland Paris, Europe’s most visited theme park. Recognised as a leading country in the world of arts (music, cinema, photography, fashion, architecture, contemporary art, design, etc.), France is clearly a desirable destination.

It is obvious why international students are so fascinated by our country!

Our beautiful capital, Paris, needs no introduction! As the ‘City of Lights’, it shines with a thousand different facets and attributes… being referred to as the capital of fashion, the capital of gastronomy, the capital of lifestyle, the capital of luxury, and even the capital of arts and culture. Paris has also been a major force in the history of Europe and the world since the Middle Ages, and some experts believe the nickname ‘City of Lights’ actually stems from the historic fact that it was one of the first major cities in Europe to adopt widespread public street lighting using lanterns, under the reign of Louis XIV. This was followed by the first trials of electric lighting in public areas in 1844 and then, in 1881, Paris hosted the first international exhibition of electricity, which was a huge success!

Paris is also a city with an outstanding architectural heritage, with most French sovereigns, since the Middle Ages, leaving their mark on the city. In contrast to other European capitals (Lisbon, London, Berlin etc.), Paris suffered relatively little damage during the major wars. This means that today it boasts a unique collection of monuments, as well as an urban and architectural culture that contributes to the ‘cachet’ of the city. 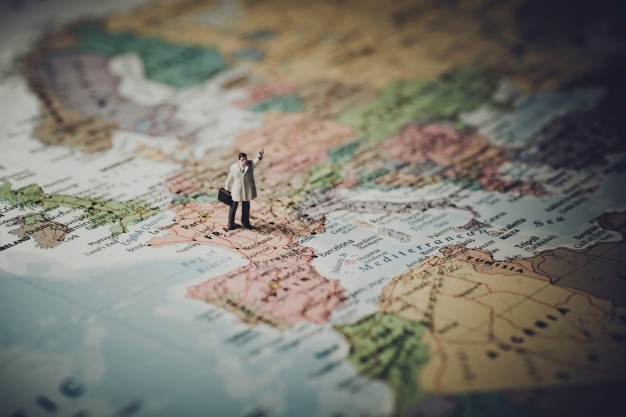 Ideally located right at the heart of Europe, France is an important crossroads for the ‘Old Continent’, making it easy to travel within the 26 countries of the Schengen Area, with a single visa being required, and the Euro often being the local currency. France’s central location and its developed transport network facilitate travel both within and outside of its borders: Paris Charles-de-Gaulle airport is the 2nd in Europe and 6th worldwide, the TGV high-speed train serves all major French cities as well as many European cities (London, Geneva, Amsterdam, etc.), and its motorway network is one of the most comprehensive in the world.

France is blessed with unique landscapes, and regions with diverse historical, cultural and architectural heritage. Its vast landmass offers a variety of characteristics, depending on the relief and climate, and its subsoil is rich in natural resources, particularly minerals. The extensive range of natural environments allows for a diverse spectrum of agricultural activity.

France also has an extensive coastline, being bordered by the English Channel, the North Sea, the Atlantic and the Mediterranean, and has a number of major countries as its close neighbours, including Germany, Belgium, Italy and Spain.

FRANCE… A UNIQUE QUALITY OF LIFE

France offers an unparalleled quality of life to its visitors and permanent residents alike. Living in France means, for example, enjoying one of the best healthcare systems in the world… a system that all international students sign up to when they enrol in higher education.

FRENCH... A LANGUAGE WITH A GLOBAL REACH

Studying in France is also an opportunity to either learn or master the French language, thereby joining the 250 million francophones who already speak French. It is also interesting to note that French is the official language of the Olympic Games, the language of the United Nations as well as an official and working language of the European Union… reason enough to study and live in France!